Popular
Nurse’s Share Advice on Pregnancy & Birth with...
The Importance of Dad and Baby Bonding
15 Safe Sleep Tips for Baby
Respectful Care Every Woman Deserves
Pregnant During COVID-19
Pregnancy During COVID-19: Looking After Your Emotional Health
Giving Birth During the COVID-19 Pandemic
What You Should Know About COVID-19 And Your...
Home Healthy Pregnancy Conquering Cancer

Imagine warm sunshine. Latin rhythms. Happy beats floating by on a breeze. A sultry songstress calling your attention with her silky smooth voice.

Meet Latina powerhouse, Fabiana Passoni. For as long as she can remember, this Brazilian jazz singer has been making music. Whether accompanying her song-writer father, teaching in her own music school, performing in concert or singing in a musical, Fabiana is always connecting with others through song.

But her song could have been cut short. This mother of triplets has twice battled breast cancer all while struggling to keep her music career.

“I was diagnosed with breast cancer in 2007, when I was 31. At that time, I was in a pretty good place. I had just recorded my first CD, and it was going great. I was closing a big contract in Japan and going overseas for 3 months when suddenly the diagnosis came,” she says. “I had to cancel everything and totally give up my career.”

When Fabiana found a lump in her breast, she never thought it would be cancer. During the mammogram, “they told me, ‘don’t worry about this, you’re too young, it’s just a cyst.’ When they did the lumpectomy everything changed.”

Living between the US and Brazil, Fabiana Passoni and her then-boyfriend, now husband Randy, opted for her to undergo bilateral mastectomy and reconstruction surgery at the Moores Cancer Center in San Diego, “because they had found abnormal cells also in my other breast and we were afraid I could get another cancer later on.”

“I went straight to chemotherapy for 7 months of my life,” she recalls, “that was quite a journey in itself.”

Knowing they wanted children, Randy and Fabiana had embryos created and frozen prior to treatment. “They were frozen for a year-and-a-half before the doctor said it was OK for me to get pregnant.”

Her specialist chose two of the best embryos and implanted them. Then they began to watch their progress. “Every time he would say, “this one is not looking so healthy,” which can be expected with fertility treatment. So I was sure I would have at least one healthy baby, and I was grateful and thankful for that.”

But just as her fertility specialist was preparing to hand Fabiana’s care to an obstetrician specializing in high-risk pregnancies, her husband saw something during an ultrasound that would forever change their lives.

“Oh my God,” I said, “what’s that flashing thing that you’re seeing in there?” she recalls asking. It was a third heartbeat—one of the embryos had split and she now had 3 babies in her womb.

“And the first thing my doctor said was that he was going to give me the name of a specialist who could help us do a selective reduction; that we should select the best embryo to keep,” she recalls. “I was like ‘are you kidding me?’” she exclaimed. “Nobody is going to select anything because this was an act of God. I had only 2 embryos implanted in there.” That, she says, is how their family came to be with two girls and a boy.

Her pregnancy progressed normally until week 28, when her cervix began to open. Hospitalized on bed rest, the babies made it to 32 weeks, when they were born premature. As if that was not stressful enough, during this time, she also found another lump in the exact same place as the first.

“They did an ultrasound, and again, they thought it was a cyst that formed from the hormones of pregnancy,” she said. “I was thinking, ‘ok, this has to be a cyst because I no longer have breasts.’” Her oncologist said she had less than a 1% of a chance of a reoccurrence because she received the drug Tamoxifen, which suppresses estrogen receptors in estrogen-related cancers.

The babies were born in July and by August she was back in surgery. “The cancer was so aggressive they found it in my chest muscle wall,” she recalls. “To be honest, I felt grateful that we found out that my cancer was hormone-related,” she said, because she can take therapy and make lifestyle changes to inhibit future cancer.

Fabiana says things were different when she received her first cancer diagnosis. “I had no responsibilities, just the boyfriend and the dream of having a successful career. The second time I was freaking out, I have 3 kids to take care of. And that’s how this story has a happy ending,” she hints.

“I was forced to focus on myself and my babies day by day. I took one day at a time, and I did that every day. Who knows what happens tomorrow? So I take care of my babies; I do everything for today. And I really, really love life. It’s fun that way… living in the present,” she says, laughing.

That was two years ago and Fabiana Passoni is still taking it one day at a time, with a beautiful, growing family, a new album and several singles out, as well as a musical she just wrapped up in Los Angeles. Her song continues strong. 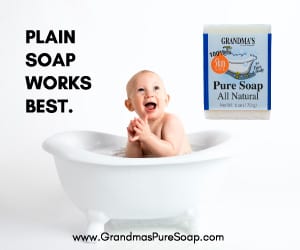 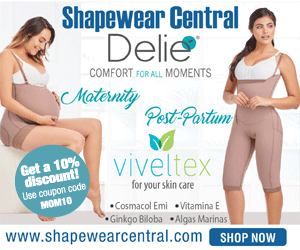