Popular
What You Should Know About COVID-19 And Your...
A Mother’s Blessing
Tummy Time Helps Baby’s Development
Keeping Baby Safe from the Start
Fetal Alcohol Spectrum Disorders
Caring for Your Perineum After Vaginal Birth
Planning for the Fourth Trimester
Lactation Options & Strategies for LBGTQ Persons
How to Breastfeed if You’re an Adoptive or...
How to Gain a Breast Pump & Supplies...
Home Healthy PregnancyEating for 1.1 Eating Fish: Are You Getting Enough?

Eating Fish: Are You Getting Enough?

Eating fish is an essential part of your diet

The two agencies say research shows a good number of pregnant and breastfeeding women eat little to no fish at all due to concerns related to mercury consumption. But removing fish from their diets is robbing them and their children of important developmental nutrition.

“For years many women have limited or avoided eating fish during pregnancy or feeding fish to their young children,” said Stephen Ostroff, MD, the FDA’s acting chief scientist. “But emerging science now tells us that limiting or avoiding fish during pregnancy and early childhood can mean missing out on important nutrients that can have a positive impact on growth and development as well as on general health.”

Fish is a source of high-quality protein; rich in vitamins, minerals, and omega-3 fatty acids; and low in saturated fat. Plus, there’s evidence that consuming fish can reduce your risk of cardiac death, Ostroff said.

Great choices lower in mercury include some of the most commonly eaten fish, such as shrimp, pollock, salmon, canned light tuna, tilapia, catfish and cod.

Because fish pack in nutrients needed for fetal and child development, FDA officials cautioned that women who avoid eating fish and take omega-3 supplements instead may be missing out on the full benefits. They also miss out on other nutrients in fish that support overall health.

Also see: Fish Is Great For A Healthy Pregnancy

Previously, pregnant and breastfeeding women were told to limit their fish but the latest recommendations now focus on getting enough fish and shellfish into their diets, as well as their developing infants’ and children’s diets.

The updated draft advice recommends pregnant women eat at least 8 ounces and up to 12 ounces (2 to 3 servings) per week of a variety of fish that are lower in mercury to support fetal growth and development. White (albacore) tuna is still limited to 6 ounces a week because this type of tuna can be higher in mercury.

When eating local fish caught from streams, rivers and lakes, follow fish advisories from local authorities. If advice isn’t available, limit your total intake of such fish to 6 ounces a week and 1 to 3 ounces for children.

Your Diet Can Effect Your Baby’s Brain Development

Fish Is Great for a Healthy Pregnancy

How To Make Your Baby Smarter 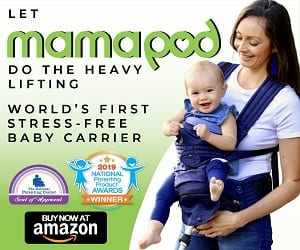