Popular
What You Should Know About COVID-19 And Your...
A Mother’s Blessing
Tummy Time Helps Baby’s Development
Keeping Baby Safe from the Start
Fetal Alcohol Spectrum Disorders
Caring for Your Perineum After Vaginal Birth
Planning for the Fourth Trimester
Lactation Options & Strategies for LBGTQ Persons
How to Breastfeed if You’re an Adoptive or...
How to Gain a Breast Pump & Supplies...
Home Healthy Pregnancy1st Trimester (weeks 1-13) Interview: Laila Ali Chats About Athletics, Her New Baby and Family Life

You’d never know it by looking at her or her amazing career that boxing legend and media superstar Laila Ali wasn’t athletic as a child. Now, with a new baby in tow and plans of getting pregnant again, she’s rewriting the story on activity in childhood to get more kids and their parents into action, and into sports specifically.

“My mom was always healthy and fit, but she never strongly encouraged me to participate in sports. It’s a regret that I have now,” says the youngest daughter of Muhammad Ali and Veronica Porsche Anderson. “Once I started boxing and learned that I had the talent and drive that it takes to be a national athlete, I started wondering whether I would have ended up a superstar in tennis or basketball or another major sport.”

Ali packs all the right moves for the role: stellar genetics, athletic accomplishment, amazing beauty, a feisty attitude, and a growing list of advocacy roles including spokeswoman for Subway’s “Fresh Fit for Kids” campaign, as well as a recent appointment to the California Governor’s Council on Physical Fitness and Sports’ Live Like a Champion tour.

Her opponent on tour? The fact that one in three children ages 10 to 17 in California is now classified as overweight or obese. And those statistics are true for children throughout the U.S.

“The problem we have now is with the Internet, the video games, the social media and the TV. There’s so much for kids to do than to go out and be active. Their parents are picking up fast food or buying processed foods, and they just don’t understand how what we eat contributes to illnesses that can be prevented.”

But true to form, Laila accepts no excuses: “You have to start slowly with kids and work them up to being active. And that’s really the parents’ job but they don’t realize that or own up to it. They say, ‘my child just wants to eat junk, my child doesn’t want to play sports,’ but parents have to take the choice back.”

With the birth in August 2008 of her first son named Curtis Jr., or “CJ” as they call him, with NFL star hubby Curtis Conway, her quest became very personal to help women be realistic about what to expect post-pregnancy.

“After Curtis was born, I was so tired from being up all night, it took me a year to get the weight off and to get the energy back to put exercise on my schedule. I had this stupid idea that I would be on a magazine cover in a bikini in 3 months, and it took me 7 months to lose the first 25 pounds and the rest of the year to lose the last 10 that I had gained in pregnancy,” she says. “Now, nothing comes before exercise. Spinning is my current energizer and my releaser,” she says.

Even those around her found this surprising, but Ali explains, “When I look at celebrities who lose their baby weight so quickly, as an athlete I can’t even begin to understand how they can shed the weight so fast. Whatever they’re doing, it can’t be healthy. I’m big-boned and I weigh 175 pounds when I’m not pregnant. I have to wonder if the women who lose the weight so fast aren’t doing all of the motherly things, like breastfeeding and getting the proper nutrition that they should for both themselves and their babies, because the weight just doesn’t come off that fast.”

For women contemplating pregnancy, she advises “cleanse your body before you get pregnant, and then eat properly. Eat enough, but don’t eat junk food because you’re feeding that junk to your growing baby. Then, when you have the baby, go walking and spend time with your child. Let the weight loss process happen naturally. It’s such a gift we have as women to give birth, and we need to stop putting so much focus on getting our pre-pregnancy body back. You can work on your body, but your main concern should be on bonding and nurturing your child.”

Now, as Ali looks forward to conceiving a second child, she’s focusing on the healthy habits that carried her through her first pregnancy, starting with exercise and good nutrition.

“You can work out in moderation all through your pregnancy, but you shouldn’t start doing anything you haven’t been doing already without first talking with your healthcare provider. You should always be able to carry on a conversation during your workout. If not, you’re working out too hard,” she advises. In fact, during her first pregnancy, Ali wore a heart rate monitor and kept her active heart rate to 140 beats per minute or less on her doctor’s orders. Still, that left plenty of cardio space to continue spinning and working out on an elliptical each day.

As for nutrition, she’s grown sneaky Jessica Simpson-style, and has started juicing in veggies everywhere possible into what she and her family eats. “We definitely use organic milk and there’s no junk, especially for CJ. I’m always on the lookout for organic products I’ll like,” she says.

And as for her self-described finicky eater, CJ, who would rather drink milk than spend time chewing food, “When I don’t have time to fuss with him over the veggies, I juice them into his milk, including greens, romaine lettuce, cucumbers. And when I really don’t have the time, I’ll add an organic green or carrot juice, two ounces, into his milk. I also add fresh squash, tomatoes, and carrots in his spaghetti sauce and he eats it as if it were pasta sauce only. He can’t tell the difference.” Whole natural grains, fruits, and lots of fresh veggies are staples in Laila’s kitchen, and she advocates clean eating as much as possible.

From Careers to Infertility: When Is The Best...

How to Cope with Morning Sickness

How To Deal With Colic, Gas & Reflux

B is for Bonding 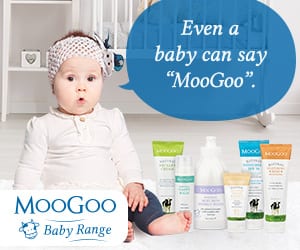