Popular
The Importance of Dad and Baby Bonding
15 Safe Sleep Tips for Baby
Respectful Care Every Woman Deserves
Pregnant During COVID-19
Pregnancy During COVID-19: Looking After Your Emotional Health
Giving Birth During the COVID-19 Pandemic
What You Should Know About COVID-19 And Your...
Home Healthy BabiesNewborn Care Reflux & Your Baby

For brand-new and veteran parents alike, being spit on, peed on, and yes, even pooped on is an accepted and expected parental rite of passage. Parents are consumed by what to put in their babies bodies—and how it comes out.

Spit Up or Reflux?

One reason experts believe babies experience reflux is that their lower esophageal sphincter (LES)—the valve that connects the bottom of the esophagus to the stomach—is either not squeezing tightly closed enough or it’s relaxing too often when it shouldn’t. Babies born premature need even more time for their LES to grow stronger.

Terms like “spitting up” and “regurgitation” are all descriptions of reflux. About half of all infants up to age 3 months spit up daily, and as their LES grows stronger, it subsides without needing treatment by their first birthday, or a little thereafter.

How Much Spit Up is Normal?

As babies nurse at the breast or feed on formula, they swallow air. Gas bubbles build up, and we burp baby, often forcing up some breastmilk or formula with the air. Spitting up after feeding is normal, and you’ll probably notice it doesn’t seem to bother baby. In fact, it’s even normal if spit up comes out of your baby’s nose.

What isn’t normal—and needs evaluation by baby’s healthcare provider—is frequent vomiting along with breathing problems like a stuffy nose or noisy breathing, vomiting in the night or projectile vomiting.

Sometimes a baby’s digestive tract doesn’t develop normally, resulting in reflux. If your newborn baby has projectile vomiting after each feeding, see their healthcare provider right away to rule out a problem called pyloric stenosis, which requires surgery to correct.

Could it Be Allergies?

Babies are obligate nose breathers—they have to breathe through their noses for the first 4 months of life. That’s what being an obligate nasal breather means; infants literally need to breathe in that manner. Their lack of ability to compensate by breathing through their mouth is why nasal congestion can pose a serious breathing problem for infants.

Parents of babies with chronically stuffy noses tend to see physicians wondering if their child has allergies. We see many children younger than 2 years old with nasal symptoms attributed to “allergies,” but despite allergy medications, their symptoms stubbornly persist. In actuality, the development of environmental allergies to allergens such as trees, grasses, pollen, dust mites, and mold takes many years. Parents often believe that the underlying problem is allergy simply because their pediatricians mistakenly put their baby on allergy medication in the first place.

Infants and toddlers with chronic nasal symptoms are often given too much milk, juice and sugary beverages, while many have inappropriate bedtime snacks, such as milk and cookies. Their “allergies” are among the most common misdiagnoses in the children who see us for second or third opinions. Reflux induced by unhealthy beverages is often the only correct diagnosis.

If your infant or toddler is always congested and full of snot, think respiratory reflux, and closely examine your baby’s diet for acidic or other reflux-causing foods and beverages.

In addition to projectile vomiting, the many aliases of reflux in infants include:

The more servings per day that your young child has these foods, the more likely your child may have a diet that puts them at greater risk for reflux:

According to the American Academy of Pediatrics, most children have 1 to 2 bowl movements each day, but others may have only 1 every 3 days. As long as an infant appears comfortable passing the stools and is not in pain, having a bowl movement every 3 days may be normal for them. Breastfed babies usually have mustard-looking watery poop. Formula-fed babies have a pastier stool, usually earth-toned colors from yellow to green to brown. In babies who are more than 1 month old and non-breastfed, constipation is considered when there is no bowel movement in 3 or more days, or if there is significant straining to get the stool out.

In a constipated baby, the stool may look like pellets. This may be a sign of sensitivity to newly introduced food, milk products or an ingredient in the formula. If your baby has multiple diapers with pellets of stool, or the stool has blood in it, let your pediatrician know. It’s also recommended that you contact your pediatrician if your child’s stool is white or red.

Further reading: How to Deal With a New Baby 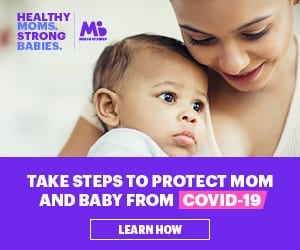 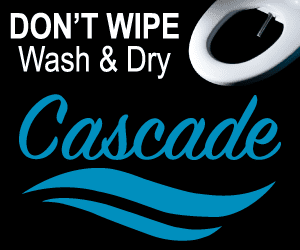