Popular
Nurse’s Share Advice on Pregnancy & Birth with...
The Importance of Dad and Baby Bonding
15 Safe Sleep Tips for Baby
Respectful Care Every Woman Deserves
Pregnant During COVID-19
Pregnancy During COVID-19: Looking After Your Emotional Health
Giving Birth During the COVID-19 Pandemic
What You Should Know About COVID-19 And Your...
Home Healthy BabiesFeeding Your Baby Dirt + Dogs vs. Allergies + Asthma

Dirt and dogs can help baby build his immune system against allergies.

Messy moms in particular may have heard about the “hygiene hypothesis.” The idea is that environments that are too clean might contribute to developing allergies. It turns out that an immune system built through an untidy childhood helps protect us against both allergies and asthma.

Studies show that European farm children who are exposed to animals, dirt, and germs have fewer allergies. Another study of more than 1,000 New Zealanders showed that mothers who lived on farms during pregnancy had children who were half as likely to have asthma, a well as fewer allergies, hay fever or eczema. This suggests that a pregnant mother’s body responds to triggers in the environment and creates antibodies for her fetus.

You see the protective effect in children who attend daycare as they’re one-third less likely to develop allergies and asthma later in life than stay-at-home children—in fact, reducing the incidence of asthma by as much as 75% in one infant study.

Fido to the rescue!

So, what does this have to do with your family pet? Well, it seems man’s best friend may also be baby’s best friend. Pets are environmentally friendly and their natural affection can boost your baby’s developing immune system.

It appears that exposure to pets in infancy is the perfect time as it correlates with developing a strong immune system. Exposure at later ages doesn’t seem to make as much of a difference.

It’s through all of that yummy baby licking by cats and dogs that your baby’s immune system responds in ways that protects him against allergies, including grass, ragweed and dust mite allergies.

So, should you rush to the pound for a furry friend for your baby? Maybe, but if you already have pets, research shows there’s no reason to keep them outdoors or away from your baby. In fact, all that petting and purring might just help strengthen your baby’s immune system.

Can I prevent food allergies, including peanut allergies in my baby

Cigarettes Harm Your Baby for Life 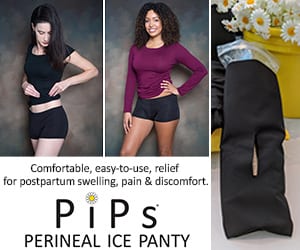